Burwell & Swaby  43 mile route with coffee stop available in Swaby.  Fabulous route with great views and not many flat stretches.

Caistor  69 mile route – gradual climb to Six Hills followed by rolling wolds until Caistor.  Downhill from Caistor and then a fast route following the edge of the Wolds to Middle Rasen and Wragby

Claxby  Flat route north from Woodhall Spa to Osgodby but then a steep climb up to the Claxby radar head.  From there mainly downhill back to Woodhall via Six Hills.  Coffee stop at Jim’s Yard, Tealby highly recommended – sunny sheltered terrace

Fen Explorer  80 mile Strava Gran Fondo heading south from Woodhall through Heckington and then acroos the Fens to Kirton, Boston and Leverton before returning to Woodhall via Spilsby

Figure of Eight  60 mile route to south of Coningsby returning to Woodhall at 25 miles.  Further cut short from Bardney.

Harby  54 mile route starting across the fens towards Metheringham followed by gradual climb to Coleby before dropping off the Lincoln Edge towards Harby.  Return via cycle route through Lincoln and the Water Rail Way (NCN 1)

Market Rasen  48 mile route with recommended coffee stop (Jossals Coffee Shop) in Market Rasen.  Route starts along the river to Bardney and then Langworth and Wickenby before reaching Middle & Market Rasen.  The return skirts the edge of the wolds through East Barkwith. See Video

Navenby  39 miles across the local fens before a gentle climb to the Lincoln Edge.  Return route can be very fast!

Ruskington Reverse  Reverse of the above

Wickenby  45 mile trip outbound via the river path before crossing the footbridge and heading towards Reepham.  Worth stopping at Wickenby airfield museum and cafe – open daily 9am – 4pm.

Wickenby via the Wolds  47 mile outbound via Minting, Sturton and Donington on Bain before climbing over the Wolds by the TV transmitter mast and descending towards East Barkwith and Wickenby.  Worth stopping at Wickenby airfield museum and cafe – open daily 9am – 4pm.

Wrangle  54 mile flat route via Anton Gowt, Leverton, Wrangle, Stickney.  Good route to build time in the saddle but avoid wet conditions when some of the fen roads will be muddy/slippy 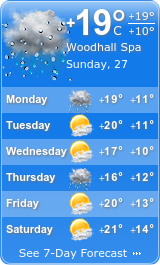